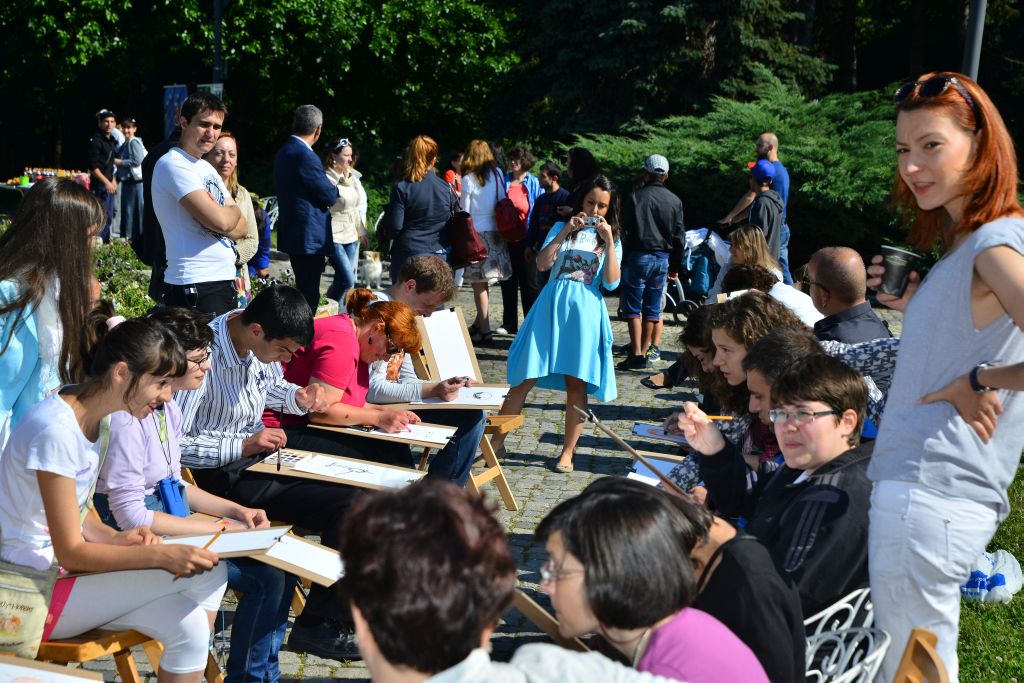 On 23 June 2015 from 09:30 h at the South Park a plein air entitled LET US PAINT A DREAM, attended by Mrs Yordanka Fandakova as a guest of honour, along with people with intellectual difficulties from the Worlds Day Care Centre of Maria's World Foundation, the Annunciation Day Care Centre of the Caritas Foundation, painters, artists and prominent public figures.

The participants in the plein air painted, using different techniques and materials. Works already created by people with intellectual difficulties were shown during the event. To share their support for the cause of Maria's World Foundation and the Metropolitan Municipality and their efforts to integrate people with intellectual difficulties, the event was attended by Yordanka Fandakova, Mayor of Sofia, Nikolay Terziev, Mayor of Triaditsa Borough, Mihail Vladov and Aneta Georgieva, local councillors, Stoyan Radev, film director, Teodora Duhovnikova, actress, Phillip Popov and Gergana Tabakova, painters and many others. The event was organised under the We are part of the community projects of the Metropolitan Municipality, financed under the 2015 Europe Programme.